Let Me Tell You More

Beware: if enough Catiators get too close, players will be purred and cuddled into defeat.


The Experience, My Thoughts

After getting my feet wet in the hackathon world with HackDavis and QWER Hacks, I was excited but really nervous for TreeHacks 2021. I read about how competitive and intense it was. Who would want to work with an older student returning to school for that? Luckily I met my now usual crew, table1, at this very hackathon. It also goes to show that I shouldn’t judge anyone, including myself, based on age because we won, even while having fun and not taking ourselves too seriously.

My role on this project was the development of the Catiator, the enemy character the player must fight off with their alphabet signing. I created this character from scratch, excluding its texture maps; this means I produced everything else, ranging from character design to all of its animations.

I don't consider myself a 3D animator in the slightest (especially on a lack of sleep after working 24 hours straight!) but instead a green 3D generalist with a majority of her knowledge self-taught. Recalling how to do each stage of the 3D animation pipeline in Autodesk Maya from memory was a highlight of this hackathon for me. It gave me back that thrill of why I was interested in 3D and graphics in the first place: it is the perfect marriage of art and computer science.

While I’m not particularly interested in going back into the animation industry, Catiator showed me that XR is also an embodiment of art and computer science, one that will allow me more freedom to program and be a hybrid concerning my skill set. Looking back, I have to say that this is the project that got me even more into developing for XR specifically. I’m honored to have worked on it! 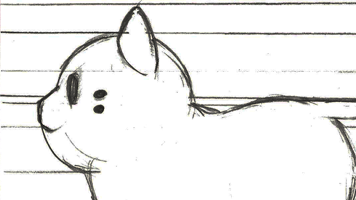 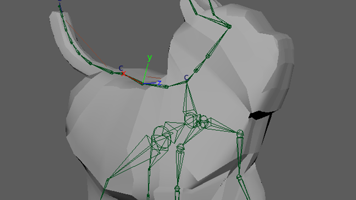 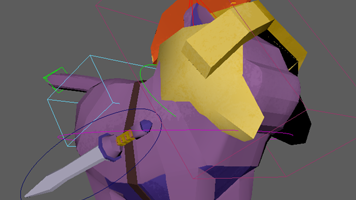